A trip to Vietnam would not be complete without visiting historical sites which reflect a dark side of the country heavily affected by war for centuries. This list picks up the 10 best places of historical interest to visit around Vietnam, from the rudimentary hand-dug tunnels to a brutal prison complex where thousands of Vietnamese people died. 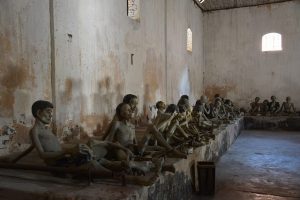 For 42 years since the prisons of Con Dao were shut down, horrific memories still cast a forbidding shadow over this quiet town. Known as “the true hell on earth,” this used to be home to tens of thousands of Vietnamese prisoners who suffered and died at the hands of French colonials at first and later the US-backed South Vietnamese government between 1863 and 1975. Fettered and contorted mannequins bring the bone-chilling experience to reality. 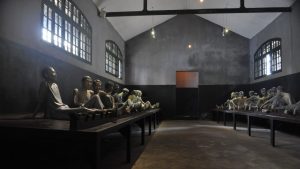 While historical museums in Hanoi are mostly rather propagandist and perhaps superficial, Hoa Lo Prison can be a good fit to catch up on the city’s back story. Despite many modern restorations, it offers a real sense of the past. Head to the gloomy rooms to see erstwhile prison cells which witnessed the incarceration of the US pilots, including Senator John McCain and more importantly, the ghastliness and barbarity that many Vietnamese nationalist leaders and revolutionaries suffered during the French colony. 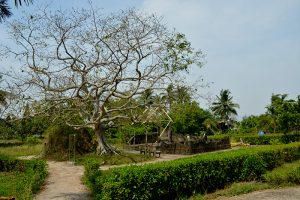 Lying near the country town of Quang Ngai, My Lai is considered as the symbol of the war crime as over 500 innocent people (mostly children and women) in My Lai village were massacred in one of the war’s most gruesome events. Today there is a memorial built-up and surrounded by the graves of the victims, buried in family groups among the trees and rice paddies. Visitors walk among the memorial on brown concrete pathways that are imprinted with army boots and bare feet to represent the chaos of the massacre. 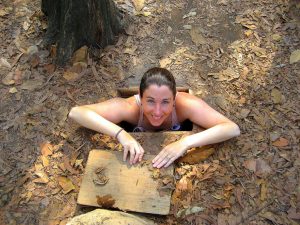 Cu Chi Tunnels, a complex network of underground tunnels were firstly built in the late 1940s during the French colonial period and later were expanded in the early 1960s when the US escalated its military presence in South Vietnam to support a non-Communist regime. 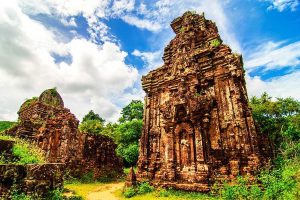 My Son sanctuary which houses Vietnam’s most extensive Cham ruins once served as the religious and political centre of the kingdom of Champa for centuries. The fact that it is constantly compared with Angkor Wat of the Khmer kingdom may cause the misleading impression of the natural beauty of My Son Cham ruins. The temples were discovered by the French archaeologists in the late 19th century but later suffered from a heavy destruction from the US bombs. 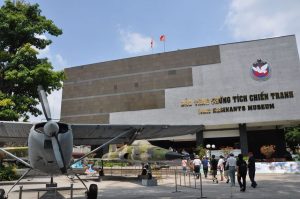 It would be a crime to travel to Vietnam without visiting the War Remnants Museum which was formerly known as the Chinese and American War Crimes. Despite being heavily packed with one-sided information, it still reflects important stories about the gruesome effects of war on the country, some of which came from US sources. 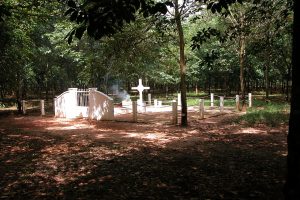 The Long Tan Cross is a memorial site commemorating the battle of Long Tan where more than 500 Australian soldiers died during the Vietnam War. Australia’s wartime presence in Vietnam marked its longest, deadliest and most controversial war and a decisive victory over about 2000 Viet Cong soldiers and the Communist force. The Australia’s support for the Vietnam War also reflected its relationship with the US as an ally, troops sent upon the request from Ngo Dinh Diem, leader of the US-backed government in South Vietnam. This is one of the only two memorials to foreign military forces permitted in Vietnam. 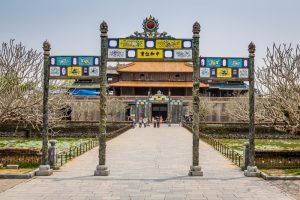 Compared to Beijing’s Forbidden City, Hue Imperial Citadel was first constructed in 1804, home to the Nguyen Dynasty – Vietnam’s last royal dynasty for 143 years. The complex of the Emperor’s residence, gates, temples, and pagodas was severely damaged under the French rule and during the Vietnam War, and only 20 out of 148 buildings survived.

Cannon Fort was first installed by the Japanese in Cat Ba, its military outpost during the World War II, and later used by the French during the Indochina War and finally the Communist force during the Vietnam War to defend the city of Haiphong. The underground tunnels and trenches are well worth a visit not only because of its crucial role in the country’s war victory but also because of its amazing panoramic views overlooking the Cat Ba Island’s hill and sea landscape. 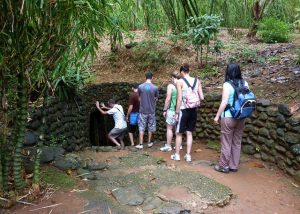 While Cu Chi Tunnels mainly served the military purposes for Viet Cong guerrilla, the impressive network of Vinh Moc underground tunnels, built between 1966 and 1967, were used as bomb shelters for civilians. 300 people sought protection from the US bombing, living and working in the three-level tunnels for six years.

What are you waiting for? 👉 Vietnam vacations and tours customized by local travel experts are here…