Laos culture is a bit conservative, easygoing, and family and friend centered. The name of the game is enjoyment and ease of life. While some parts of the culture might seem counter-intuitive to the western mind, these tips will help you navigate the sabai, sabai Lao life.

Freedom of expression
Criticism of the Laos government is not tolerated by citizens and you’ll be hard pressed to find Laos people who are open about their opinions of communism, the party, or the seemingly infinite layers of bureaucracy. Instead, expect idioms and euphemism to stand in for any direct criticism. If you criticize your own government, you might be met with wide eyes. You’re better off to not talk about the Laos Government at all. 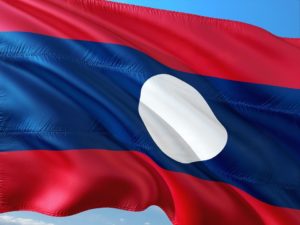 You’re fat
While talking about sex or dropping the F bomb or wearing a bikini is not appropriate in Lao culture, talking about someone’s physical appearance is fair game. Expect to hear a lot of comments about your looks, especially if you’re taller, blonder, fatter, skinnier, or have more facial hair than the average Lao person. It’s totally normal for a Lao person to talk about how fat or skinny they are compared to you. You might even get your love handles pinched.

Muan baw? (Are you happy?)
Lao culture is centered on the pleasures of life: eating, drinking, sleeping and chatting with friends. Work obligations rarely take priority over socialization. It’s common to be asked if meals, weekend activities, weddings and whatever you’re doing right now is “muan,” or enjoyable. When asked, always answer in the affirmative, regardless of what you really think. The Lao avoid stress, do enough to get by and prioritize laughter with friends and hanging out with family over achieving success or riches.

Weddings
If you’re are lucky enough to be invited to a Lao wedding, go! They are “the more the merrier” type events and it’s not uncommon to attend your neighbor’s niece’s wedding or your co-worker’s cousin’s wedding having never met the couple before. A baci ceremony is followed by a family-style sit-down lunch or dinner and lots of Lao line dancing, some speeches and photos. Beer with ice and Lao whisky will be free flowing and guests come and go as they please.

Lao sin
Step foot in Laos and you’ll see women wearing calf-length tubular skirts. The sin sits high on the waist, has a hook closure and a decorative, often embroidered foot, or bottom. Schoolgirls wear navy or black sins, government employees wear khaki sins and matching tops every Monday, and all women will wear sins to weddings or temple functions. Weaving and embroidery patters will vary by geographic location and ethnicity of the weaver, but the basic shape remains.

Buddhist precepts
Buddha preached not to take life, steal, commit adultery, lie, and take intoxicants. Laos has a very low theft rate and Lao people are some of the most honest and trustworthy when it comes to others’ money and property. While the divorce rate is low, it’s not unheard of for a husband to take a “mia noy” meaning “little wife” or mistress. Some non-Buddhist ethnic minorities practice polygamy, and many Buddhists drink copious amounts of Beer Lao, bending the intoxicants rule.

Gender bending Khatoeys
Laos is particularly accepting of the gay community, including transgender individuals and cross dressing. Khatoeys or Ladyboys can be seen working in hotels or restaurants, often with a full face of makeup, wig and enviable manicure. As part of the nightlife scene, Ladyboys in Laos aren’t as likely to be sex workers as those in Thailand. That being said, don’t accept solicitations for sex as prostitution (as well as consensual premarital sex between a foreigner and Lao) is illegal in Laos. Public displays of affection are culturally inappropriate in all contexts, even holding hands or a peck on the cheek can make locals uncomfortable, so save it for after hours

Stop, look and listen
Lao drivers are erratic, accidents are all too common, drunk driving is rampant and motorbike drivers can often be seen driving the wrong way on a one-way street, on the sidewalk, right up into a building or through the market. Be vigilant about your surroundings and don’t assume that drivers see you or that they will yield or slow down if they do. Same goes for crosswalks: look both ways and don’t assume that just because you have the light in your favor, someone else won’t run a red light.