The United States was dubbed Uncle Sam after a meat packer named Samuel Wilson supplied the U.S. Army with barrels of beef during the War of 1812. Ireland is known as the Emerald Isle because of its emerald green landscaping. These nicknames are fairly cut and dried. Thailand, however, is often referred to as the Land of Smiles … but why? Discover how the country got its nickname.

Asia has become one of the biggest tourist destinations in the world, whether the continent is ready for it or not. Some countries were slow and more cautious to jump at the chance to please the herds of tourists flying in from Milan to Miami, however, Thailand saw its opportunity in the industry and tailored itself as such. Thus, the Land of Smiles was born. 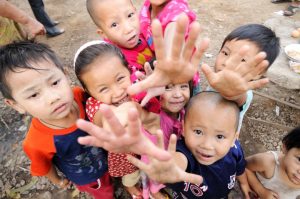 The nickname was first dubbed in a promotional sense, hoping to lure visitors in with its promise of white sand beaches, affordable travel costs, and the extreme hospitality of the locals. This, in a sense, is all very realistic. The coastlines of Southern Thailand are some of the most stunning in the world. The cost of accommodation and food remain extremely low in comparison to Western countries and even those surrounding the Land of Smiles. Last but not least, the locals are, for the most part, helpful, courteous, and kind.

It is this nickname that explains most of the country’s brochures: a smiling local selling goods at a floating market or similar. That being said, this same market is likely swarming with tourists … though the photograph does not show it. Thailand welcomed more and more travellers, and the country’s momentum in terms of visitors does not seem to be slowing down anytime soon.

Another reason why the country may have been gained this nickname is because Thais really do smile, or yim, a lot, even in situations where a smile is not always warranted. Saving face is important to many Thais. Instead of showing an emotion like anger or anxiety, for example, some locals will simply slap on a smile and act as if all is well. While this may be a relief to some visitors who expected the Land of Smiles to fulfill its inherent nickname, others may find the smiling front confusing.

While the country is known as the Land of Smiles, do not get the misconception that everyone and everything you come across during your time here will be as picturesque as some brochures may lead visitors to believe. Prepare for the nitty-gritty. Read up on the scams the country is known for and how to avoid them. For example, if someone tells you the Grand Palace in Bangkok is closed but they would be more than happy to take you elsewhere. Most importantly, be prepared for an amazing journey, as the Land of Smiles is truly one of the most remarkable and welcoming countries in the entire world. 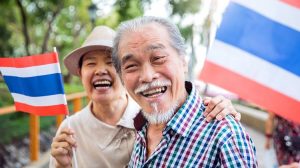