Cambodia is a country rich in culture and customs, and it is often the people and their traditions that capture visitors’ hearts. It pays well to learn a little about these ahead of your holiday to make the most out of your time in the Kingdom of Wonder. Here are 11 things you should know about Cambodian culture.

Cambodians are resilient
Faced with any challenge, Cambodians have the innate ability to pick themselves up, dust down and carry on. Evidence of this can be seen in the country’s recent tragic history with the Khmer Rouge. While the horrors will certainly never be forgotten, and scars will be carried for generations, the country has quickly rebuilt itself back up from the war and has paved a promising path ahead. 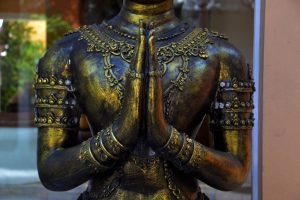 Cambodians are gentle
Another trait ingrained in Cambodians is their gentle nature. They are kind, caring, sweet and always wear a smile – even in the direst of disasters, making them a little easier to deal with. As a deeply Buddhist country, the philosophy of being caring and compassionate forms part of daily life in Cambodia. 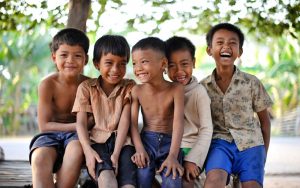 Cambodians are family orientated
Family comes first, second and third in Cambodia, with life revolving around the home. Families also tend to be large, with siblings, aunties, uncles, cousins and other distant relatives coming together during large celebrations, such as Pchum Ben and Khmer New Year, to celebrate.

Cambodians love to learn
While a middle-class is emerging, life remains tough for many Cambodians, who sit way below the poverty line. Education, especially in the provinces, is basic. However, this doesn’t stop Cambodians though, who will teach themselves everything and anything in a manner of innovative ways. Ask the majority of youngsters where they learned English, Japanese, painting, DJing, playing musical instruments – the list goes on – eight times out of 10, the answer will be on YouTube. 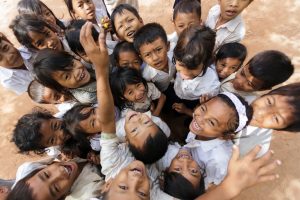 Cambodians are religious
Buddhism rules in Cambodia, with 97% of the population following Theravada Buddhism. And the majority of Cambodians practise their religion, including younger generations. Monks are respected, pagodas litter the country, images of Buddha hang in homes above offerings, and temples are attended during religious holidays.

Cambodians are superstitious
Superstition almost runs parallel to religion in Cambodia, with the belief of spirits and superpowers running rife – a factor that perhaps explains Cambodians’ obsession with horror films. Blessings are given before new businesses open, fortune tellers predict the lucky day for couples to wed, caged songbirds are released for a small sum of riel for good luck – the list goes on. 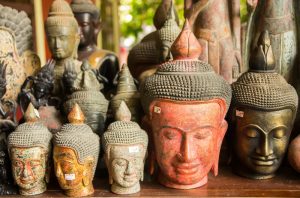 Cambodians are traditional
Cambodia is still a very traditional country. While this is changing with each generation, for now it remains steeped in traditions that both young and old live by. This is something worth remembering as a visitor. They are generally modest people so being overly affectionate in public, flashing way too much flesh and drunken brawls in the street will be frowned upon. 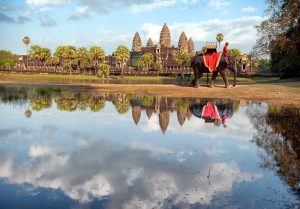 Cambodians exude national pride
Cambodians are proud of their country, their history and their culture. As home to Angkor Wat and the birthplace of the great Angkor Empire, which ruled over many parts of Southeast Asia during its peak from the 11th- to 13th-centuries, locals love their unique and special heritage.

Cambodians love to throw a party
Ask any expat and the feeling that washes over you when you walk out of your home to find white marquees being flung up in the road is utter dread. Why? Because it means up to five days of loud music, singing and chanting from early morning until late at night. Whether it’s a wedding, anniversary, funeral or other special celebrations, Cambodians love to throw extravagant parties, and invite everyone they’ve ever met in their life.

Cambodians love to sing
Whether you’re in the capital or the heart of the provinces, a KTV is never far away because Cambodians love to sing. Whether it’s commuting on the bus, working on a construction site, serving in restaurant or driving a tuk-tuk, singing will be involved somewhere along the way. This also spans to karaoke, and whether you’re in the city or provinces, a KTV is guaranteed to be close in some form. 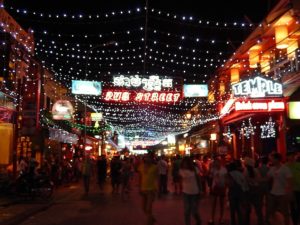